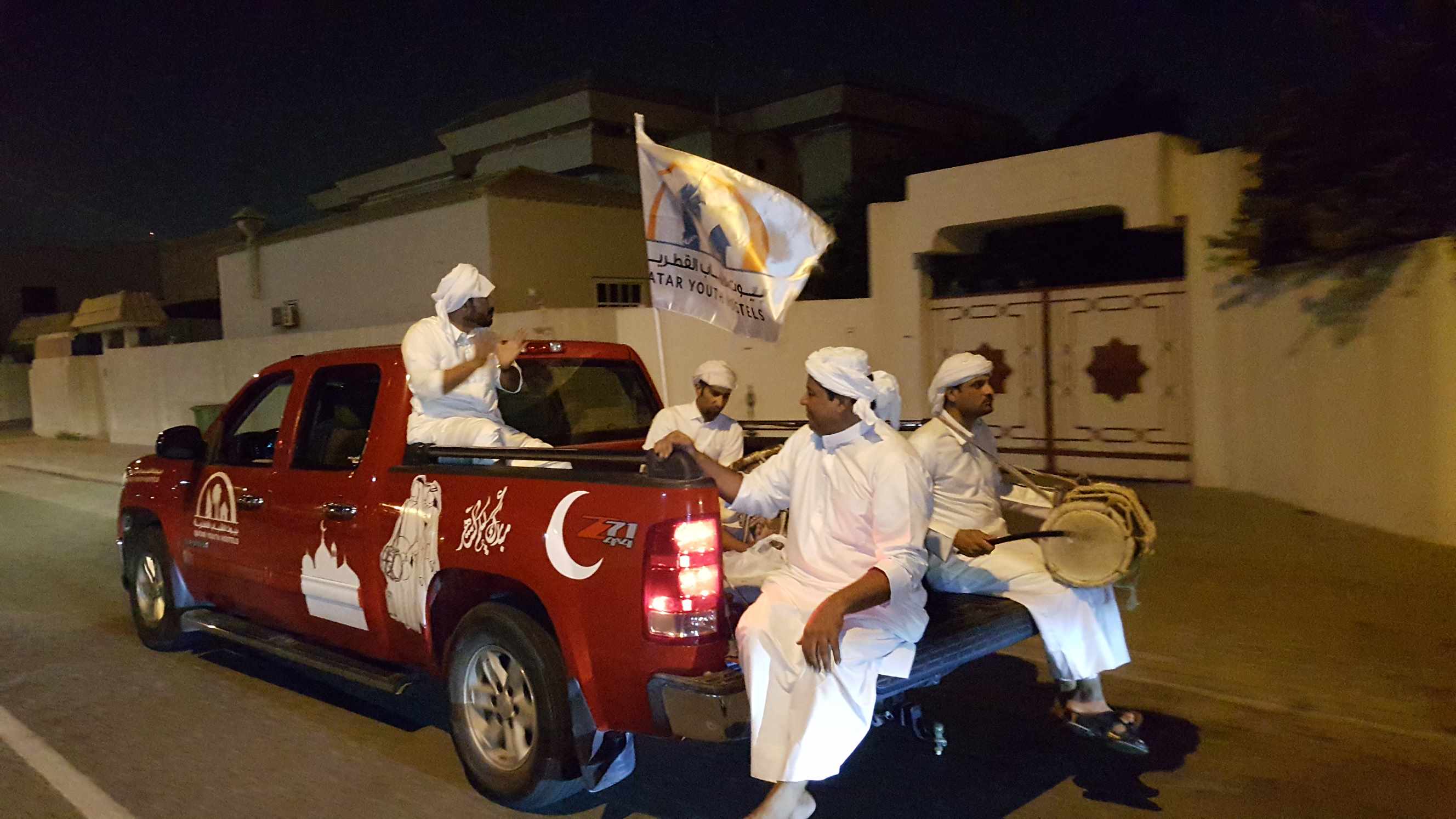 On the close of Ramadan, Qatar Youth Hostels (QYH) Association commemorated Al-Mesahar (the Awakening Drummer), the well-known popular legacy in old Ramadan in Qatar. This aims at the revival and preservation of this one-of-a-kind popular legacy, along with its survival in the mindset of the new generations. QYH was highly dedicated to indigenize this ceremonial aspect of our ancestors in the new generations through linking them to old customs and legacies for preserving the heritage and identity of their beloved Qatar.

“Al-Mesahar, with his chanting and calling voice that used to awaken people to have their Suhur repast, is one of the most prominent Ramadan-only legacies that should be preserved. Al-Mesahar is still scouring and going about the streets in an unfair competition with the media, leading almost his role to extinction.”, said Mr. Ahmed Hassan Al-Aajmi, Head of the Activities Department, QYH Association. “Al-Mesahar, associated with the Holy Month, began since the era of Prophet Muhammad, Peace Be Upon Him. Bilal Bin Rabah, May Allah Be Pleased With Him, was the first Mesahar in Islam; he used to go about the streets and paths at night, awakening people with his chanting lovely voice to have their Suhur repast. Prophet Muhammad, Peace Be Upon Him, says ‘Bilal pronounces Adhan at night, so keep on eating and drinking (Suhur) till Ibn Um Maktum pronounces Adhan’; Ibn Um Maktum was the one who called for Fajr (the Dawn Prayer). Ever since, Al-Mesahar has become an exclusive Ramadan-related convention”.

Preservation of popular heritage, according to Al-Ajami, is one of the QYH important pillars and main objectives. During the Holy Month, the QYH Association provided lots of meaningful programs for reviving the entire Qatari heritage through Mal Lawal Exhibition, held at the onset of the Holy Month, with immense turnout and considerable participation.